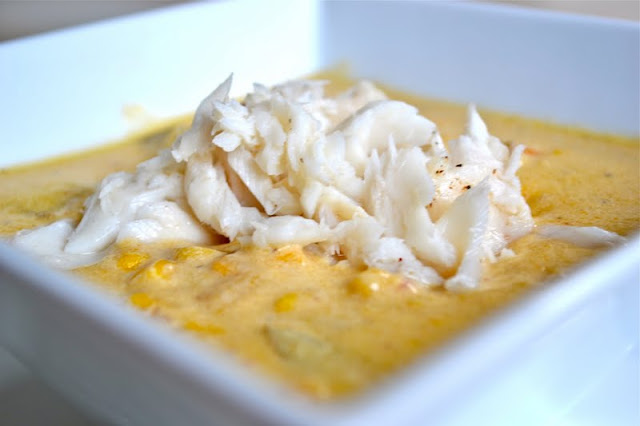 The past few days have felt like fall.  The sky has been overcast, it has been cool and you can see the leaves are close to changing.  I love fall!  A few days ago I was in the mood for a warm soup.  Nothing beats a hot cup of soup on a chilly fall day.  While I was eager to make a soup, I was still undecided on what kind of soup to make.  I had the ingredients to make an Italian Wedding Soup since I have been anxious to make that but it just wasn’t what I wanted.  I kept thinking of a creamy and warm soup would satisfy my urge for a fall soup so I decided to create a corn chowder.
It was one of those cozy days at home and I did not want to pack up the twins to have to run to the grocery store to grab any ingredients.  I was crossing my fingers I had the ingredients I wanted to create this soup.  More importantly, I was hoping that my idea I had stirring in my head would come out well or I was headed for a disappointment.
In the refrigerator I had all the vegetables, onion and peppers which are staples for me.  I also had fat free half and half hanging out near the milk which was great since I usually use a Hazelnut creamer myself for coffee.   In the veggie basket on the table I had some locally grown potatoes that I picked up (and are delicious).  Things are coming together.  I had broth in the pantry, which is another staple in my kitchen.  I’m getting excited but I’m missing a key ingredient, corn.  I dug in my freezer hoping find a bag, no luck.  I look in my pantry and hanging out in the back is lonely can of corn, bingo!  With a few other ingredients I pulled out and placed on the counter I see this soup coming to life.
With the ingredients measured out, and the vegetables chopped I’m ready to make this soup but I wanted to add in one more ingredient.  I thought tilapia would be a great addition to this soup (oh, it is).  I had frozen tilapia in the freezer, another staple that I have which I get at our local BJ’s Wholesale because we have tilapia at least once a week.  The twins love it.
The end result of this soup is fantastic, I think!  It is rich, creamy and filling.  I don’t stir the fish in to the soup, I add it on top of the bowls I am serving which makes it great if you are serving it to someone that doesn’t want fish, or you just want a hearty bowl of Corn and Potato Chowder.  Fish or no fish this is a delicious and warm soup, perfect for this fall. 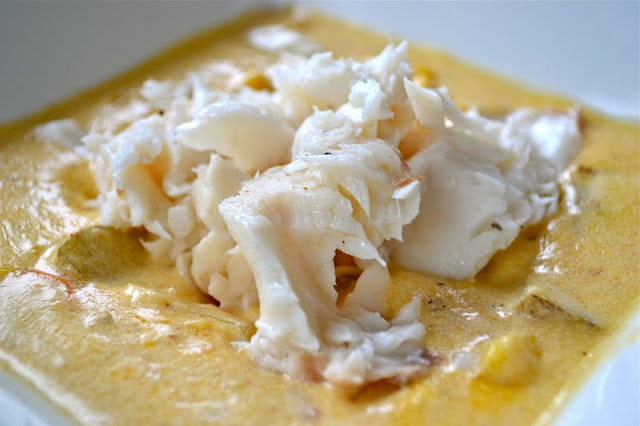 Corn and Potato Chowder with Tilapia 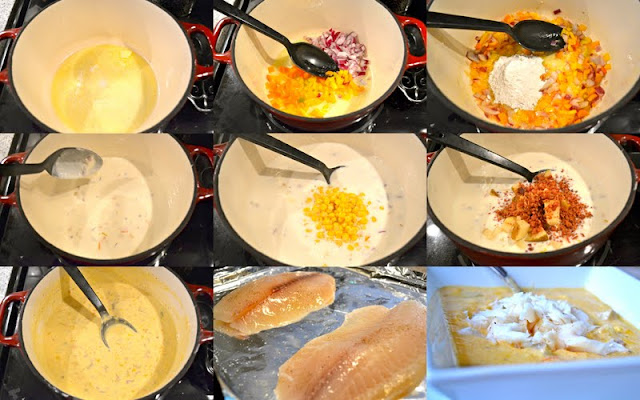 Directions
Preheat oven to 375 degrees.
Melt butter in a large saucepan over medium heat.  Add in garlic, onion and pepper and cook until tender, about 7 minutes.  Add in flour and stir until combined.  Slowly add in half and half a few tablespoons at a time, stirring well after each addition and sauce is thick before adding more.  Continue until all half and half is added followed by gradually adding in chicken broth.  Stir in corn, potatoes, bacon, salt and pepper and cook, stirring occasionally until potatoes are tender, about 20-25 minutes.
Meanwhile, season tilapia fillets with salt, pepper and lemon juice on a foiled line baking sheet and bake for 14-17 minutes until fish is white and flaky.  Remove and shred in to large pieces.
When potatoes are tender, add in cheddar cheese and stir until cheese is melted.
Pour desired amount of soup in to bowls and top with shredded tilapia and serve warm.
Notes:
Soup can be made and served omitting the tilapia as a Corn and Potato Chowder.
I used fat free half and half but regular or low fat would be fine as well. 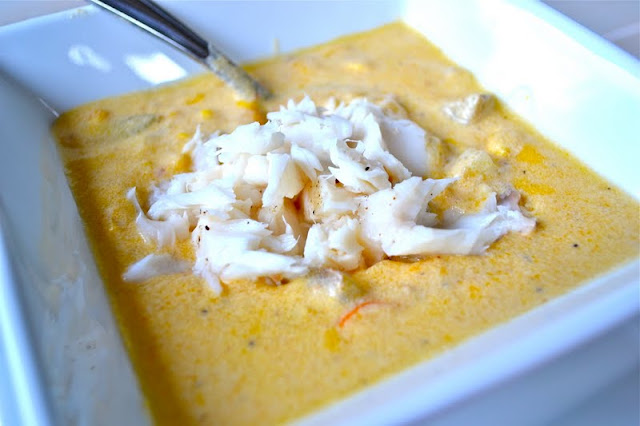 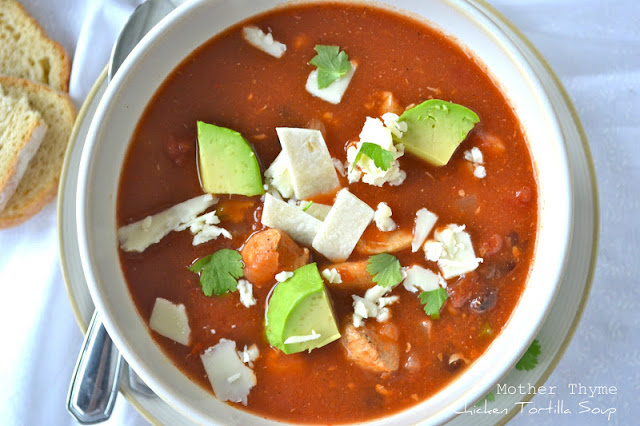 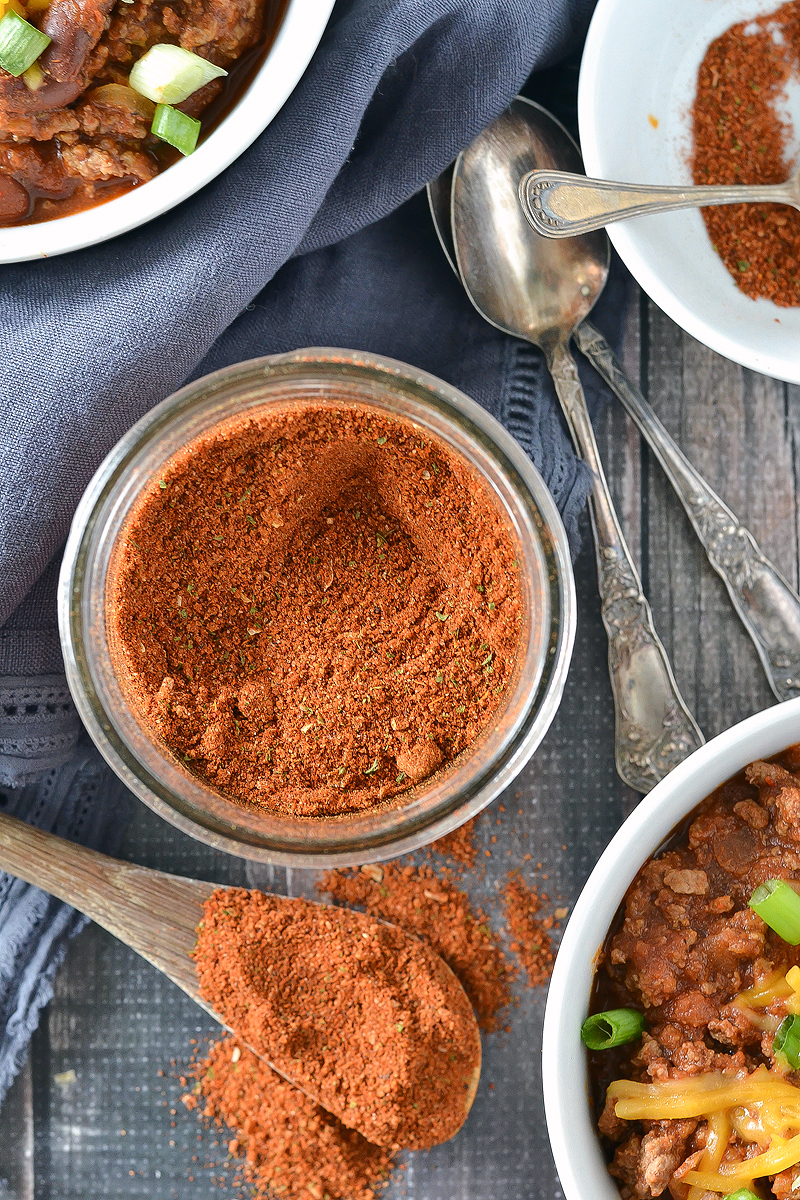 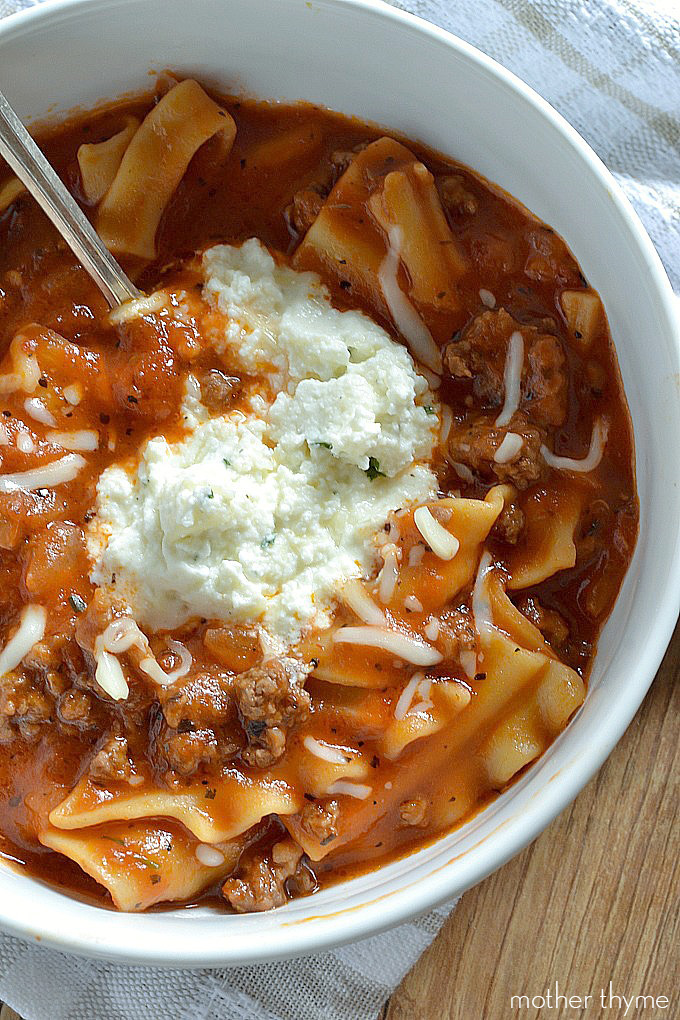